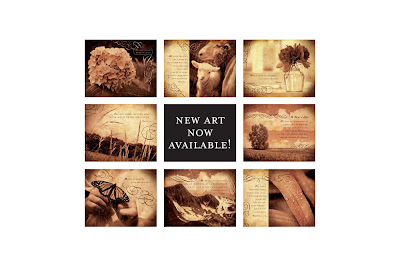 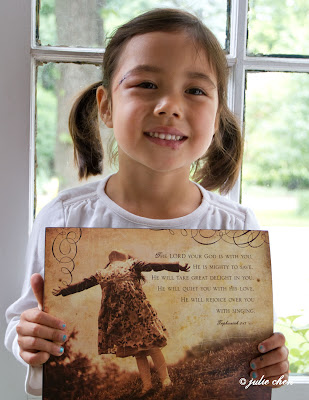 the good news is that my 12 new plaques with DEMDACO are out in stores! here is sunshine girl holding the one she is in. 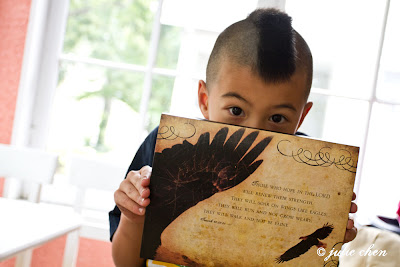 and here is my favorite little mister holding the eagle shot he "helped" me take. 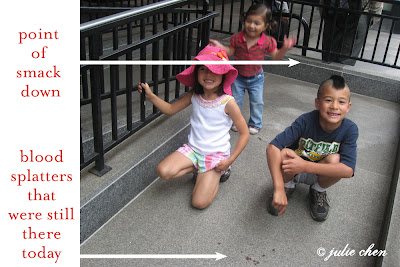 (the above photo was taken today, one day after the accident)

now, for the bad news (as i hope you are wondering from the first photo why my sunshine looks a little beat up)...

so, yesterday we took the train into chicago to head to the shedd aquarium. we got off the train, ate breakfast at a famous little diner & headed to the bus stop. while waiting for our bus (which was late!), the kids decided to race up & down this wheelchair ramp. the girls bumped (sunshine said pumpkins stepped on her toes) & sunshine tripped & happened to smack down right on the marble ledge. just at the correct angle to allow her head to once again split open.

thank GOD sam was with me this time, as for one, i don't even know where the nearest chicago hospital was & two, he is studying to be a nurse. i was shaking. he was calm. we decided to get back on the train & head home to our local e.r., all the while sam pinched her skin together & applied pressure to make the bleeding stop.

she played his iphone the whole way home as she lay in daddy's lap, so actually, she was a pretty happy camper. hardly any tears at all.

round trip to chicago in less than an hour & a half. 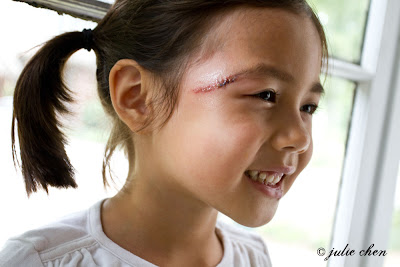 4 more stitches, as shown above. today her eye started to swell as well.

oh, and today we did go back to the shedd though i felt like a nervous wreck most of the day looking after her just waiting for another accident to happen or someone's elbow to bump her head. ugh! i told some friends i was thinking of bubble wrapping her for the rest of the summer. 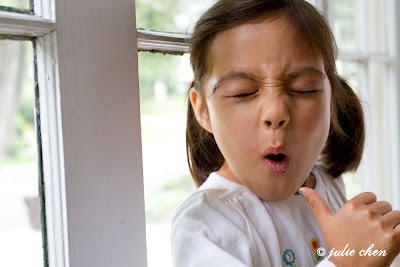 and, here's my last shot. she is still my little rock star. sam says we're just training her for UFC early.

oh, my. pray for healing & minimal scarring. the doctor joked about saving her face to model someday & i told her she already is my model!