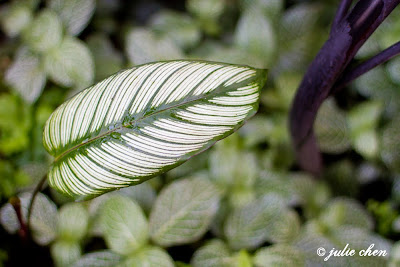 This past President's Day weekend my hubby had a whopping 4 days off of work. It was PRICELESS. That would have been a gift in & of itself, but we decided to live it up & have a little family "staycation" where we slept at home but did local touristy things & had the time of our lives! 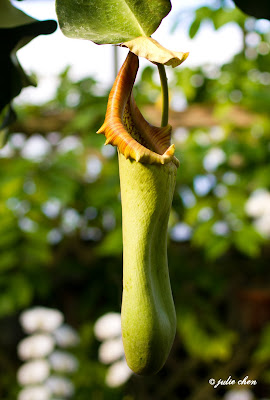 Our first stop was the Lincoln Park Conservatory which is gorgeous not only because of the life within, but also because of the stunning architectural details. It was as if we were walking back in time.

A few months ago my favorite little mister began his new obsession: botany. It started with carnivorous plants, such as the pitcher plant (shown above). HUGE. AWESOME. 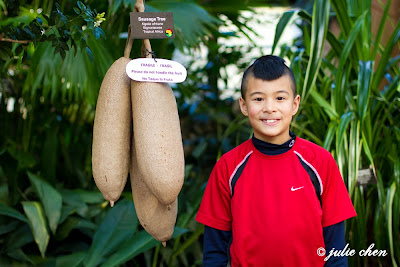 I have not only learned more about plants over the last few months, but I also had an AHA! moment while at the conservatory: if I want to get great photos of my beautiful son smiling & truly happy instead of just pleasing mom, take him to the place he loves. He was more willing to pose with any plant than he's been willing to be photographed in the last year (unless of course there was a toad or a bug in his hand). 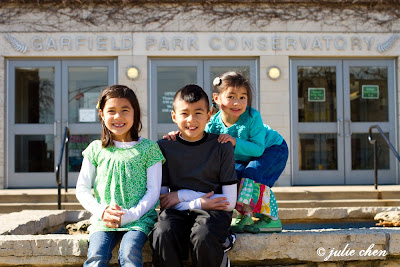 Our next stop was the Garfield Park Conservatory in Chicago (day 2 I might say) (day 1 we also strolled through the Lincoln Park Zoo). {Be sure to click on the Garfield's website to see the extensive damage of the hail last year... unbelievable!} 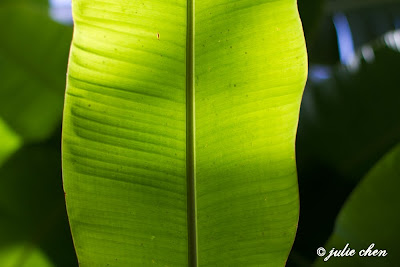 The Garfield is the largest conservatory that we know of in Illinois. It is breathtaking. I was amazed on how much I liked being there & had gone in intending to really do this for the benefit of my son, but wow... such beauty, life & details!

I found myself drawn to the leaves throughout the place, which is really no surprise to anyone who really knows me! 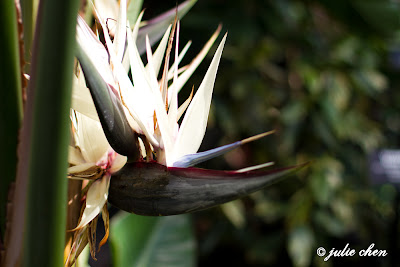 Here is a Bird of Paradise IN BLOOOOOOOOM!

OK, I have to write it like that because one other observation I had in the conservatories was that there is definitely a "type" of person who goes there... usually more pensive & quiet. You know, kind of like at a museum. And then, there are the Chens. Ahem. Sam shushed them a couple of times, but I got a kick out of how excited children could get from looking at plants. It was quite fun to watch. Even the girls got into it. 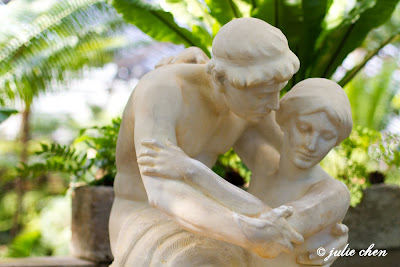 I believe this sculpture dates back to the early 1900's and was very elegant. 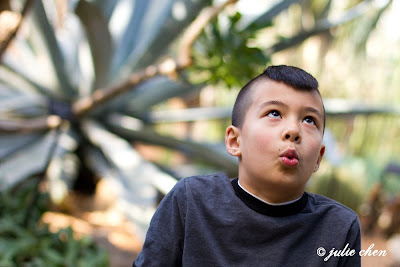 Here's my favorite little mister in the Desert House. I think he is in awe of a HUGE prickly pear or something?! 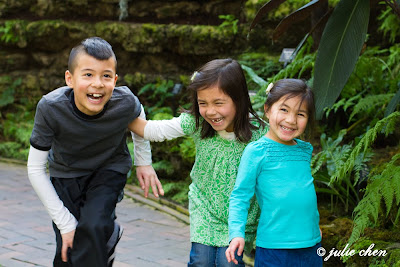 The above photo is priceless to me. It is getting harder to snap a photo of the 3 of them together without total bribery of course. So, I asked for just one of the 3 & in the previous frame my pumkin-poos (the littlest) sticks out her tongue at me. I say, "hey! no sticking out your tongue you crazy!" & the big kids just bust up laughing & pumpkin-poos beams knowing that once again she has been successful in making them laugh. Mission accomplished. I love this though because it shows their personalities & I want to remember that laughter. 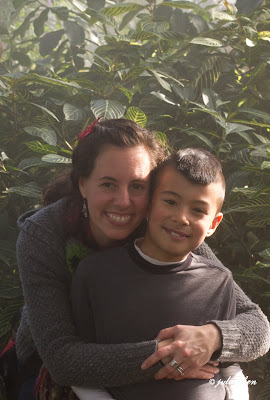 Ahh, me & my favorite little mister in the mist of the tropical room. Like I said, I will gladly take any photo of him or with him I can manage to! Does anyone besides me think he looks like me?! More than the girls do at least. 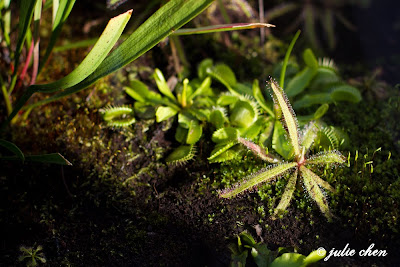 And our third Chicago area conservatory brought us to the Oak Park Conservatory. Though it is quite small, its highlights for the kids were talking birds & more carnivorous plants, such as the sundews & venus fly traps above. Daddy was a hero for a moment as he caught a fly bare handed to try to feed the plants, but alas, the fly was not stunned enough & flew away.

All right. There are plenty more photos, but I am off to bed.